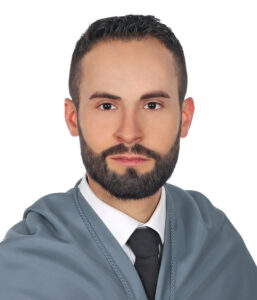 Javier J. Amores is a Researcher in Formation hired thanks to a predoctoral grant of the Junta de Castilla y León since September 2019. He is a student of the PhD Program Formation in the Knowledge Society of the University of Salamanca and a member of the OCA.

He holds a bachelor in Audiovisual Communication and a master in Audiovisual Communication Research with an extraordinary award of the University of Salamanca, and since 2017 he is conducting his thesis, titled “Informative frames of refugees and migrants in Western media and their impact on the attutitudes of Europeans towards those groups”, and directed by Carlos Arcila Calderón.

He is also a Superior Technician in Image and Sound and in Advertising Graphics, areas in which he has worked as a photograph, videograph and graphic designer. He has also worked in the field of orporative communication in Elivasa (belonging to the Popeu Fabra University) or in BISITE (belonging to the University of Salamanca).