The Observatorio de los Contenidos Audiovisuales (Observatory for Audiovisual Contents, OCA), at the University of Salamanca, was born in 2005, after having received the First Prize for Research at the 6th edition of the “Santo Padre Rubio, SJ” Awards on the Advancement in Knowledge Concerning Immigration, granted by the Instituto Universitario de Estudios sobre Migraciones at the Pontifical University of Commillas. Exactly 10 years later, in 2015, OCA was, once again, awarded the same Prize, highlighting its scientific rigor and methodological approach, as well as its timely topic.

Nevertheless, we could state that our philosophy at OCA has been present in many of our works and research even since 1997. 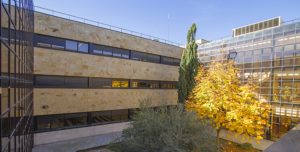 Furthermore, on October 8, 2012, the Directorate General of Universities and Research of the Ministry of Education of the Regional Government of Castilla y León endorsed OCA as a Research Group of Excellency in Castilla y León (GR319).

From the OCA, we develop projects concerning applied research, especially works and projects financed by public institutions and agencies such as the European Union, the National Ministries of Education, of Economy and Competitiveness, or the Regional Government of Castilla y León.

Our main resarch lines include: Media Processes and Effects, Communication and Education, Analysis of Media Messages, and Consumption and Use of Media.