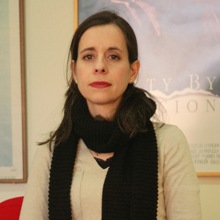 – Relationships among Cinema, History and Literature
– Cinema (and Television) and multiculture
– Audiovisual persuasion (in Cinema and Television)