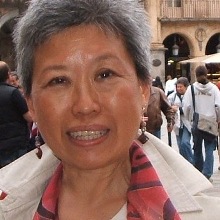 Lifen Cheng teaches Communication Theories, Audiovisual Content Analysis, and Intercultural and Crosscultural Comunication in several graduate and postgraduate programs at the University of Salamanca. Her Doctoral Thesis, Social representations of water resources in Media contents in Spain, their effects in environmental popular perception and awareness, won the first doctorate prize in 2003-2004 at the University of Salamanca. She co-authored the best research on immigration at the Universidad Pontificia de Comillas in Madrid in 2005. In 2008, she was granted, together with other co-authors, the best teacher publication at the International Communication Association conference in Montréal, Canada. She has also published in relevant international journals such as Journal of Communication, Journal of Health Communication, International Journal of Migration, or The European Journal of Communication Research.